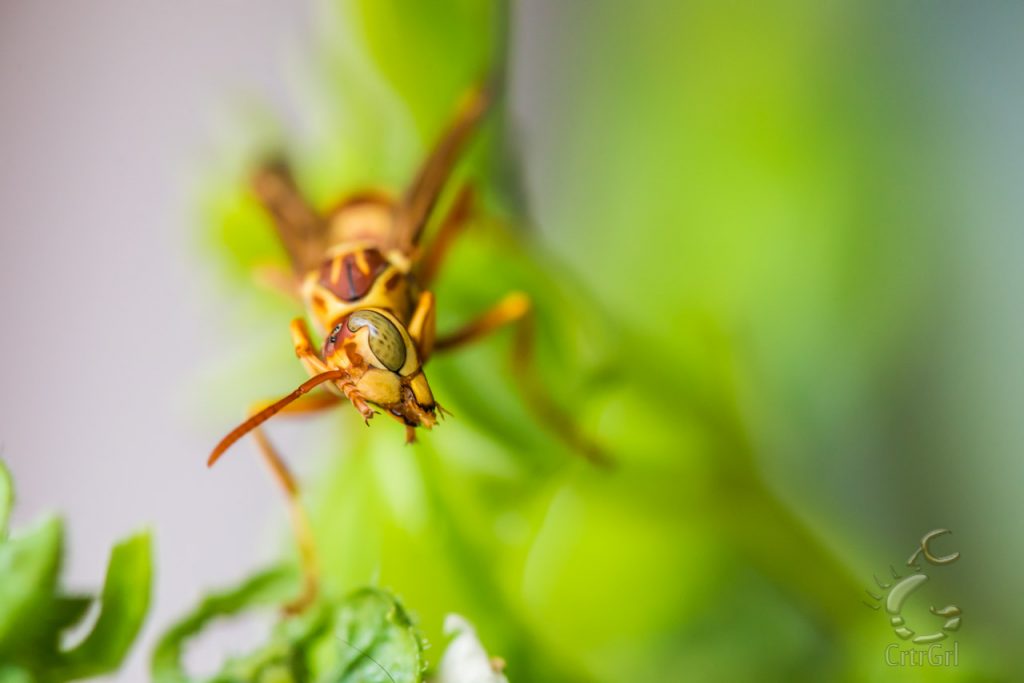 Wasps have quite the bad rap, yet they are quite beneficial to our ecosystem in that they’re great in controlling the population of other arthropods. Wasps Are Serious about Pest control! They’re intimidating, but don’t kill them! Open your gardens, front yards & welcome them with open arms!

How about a bit of Bite Size Factoids to better understand these awesome Crtrs. Most wasps are solitary wasps. Adult females live & breed independently. Many are parasitoidal which refers to the adult females laying their eggs on or in a host, usually other arthropods, especially Crtrs that grub on your pretty garden set up. Unlike true parasites, in some species, the hosts do eventually become a meal to the hatched larvae & die.

Species like Paper Wasps, are also pollinators. So, that’s a bonus for you gardeners out there! You’d better be baking these arthropods baked goodies, welcoming them to your neighborhood! 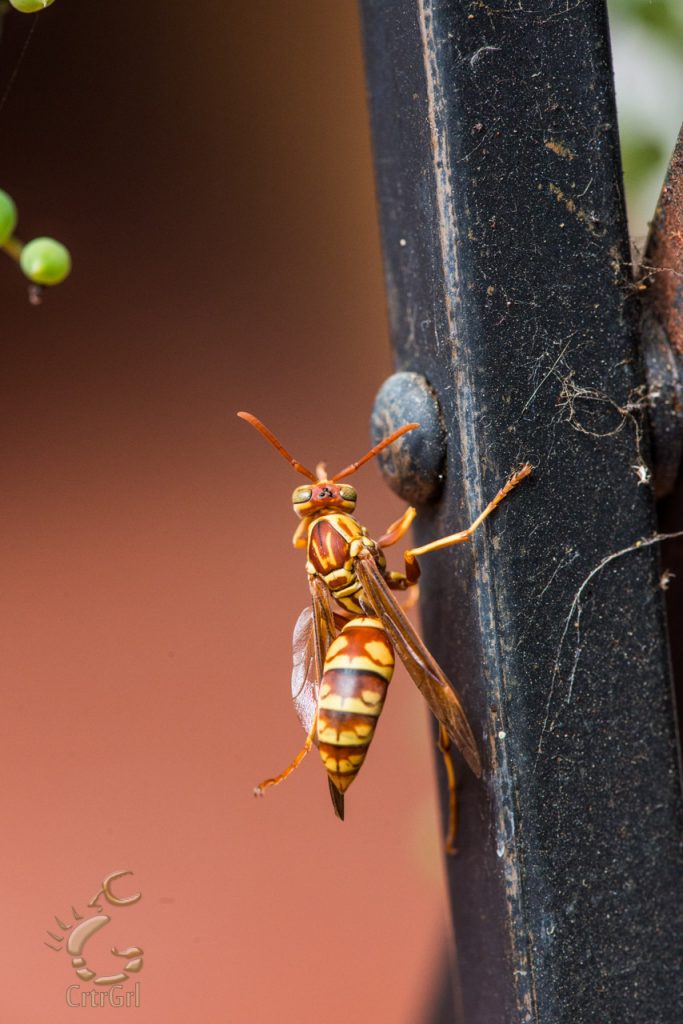 Bite Size Factoid: Paper Wasps (Polistes apachus) like the ones pictured on this blog, are social Crtrs where an egg-laying queen & her non-producing sister workers live together in a nest usually made of paper material such as dead wood, but other species are known to build out of mud or even other dead wasps. In most wasp species, females have control over which sex they want their offspring to be. Since females carry sperm inside their bodies they can control the release to each individual egg. Males are simply not fertilized.

Paper wasps’ role in natural bio-control is beneficial via their predatory behavior when hunting for their meal which consists of mainly caterpillars, but including beetle larvae & flies. Females are usually the ones with the stingers & unlike honeybees, they keep their weapons on them which gives them the ability to sting their predators more than once for a “tickle” fest. Ok, maybe not a tickle & yeh it’s painful, but Paper Wasps are more tolerable of humans so unless they feel threatened, most likely they’ll leave you alone.

Scott (Forest2SeaAdventurePhoto) & I had Paper Wasps as close neighbors for 4 years until the landscapers came & sadly, destroyed their nests. Had I been aware of what they were up to I would’ve stopped them. We’ve, gratefully, never been stung by them when we did our laundry every week which is located just outside our front door, next to our carport. They’ve built nests just above our laundry & front entrance doors. They’ve seen our faces so many times, each single day. We’ve stood to watch them do their thing & videotaped them too.

I know there are many people who’ve been stung by these Crtrs, heck I was finally stung trying to save one from drowning in our complex’s pool. I don’t blame it. Though, I don’t blame people for feeling intimidated by them either because their stings are painful. Especially worse for those with allergies, of course, which can become fatal.

We do miss our neighbors & I feel bad we couldn’t protect them from being killed. We grew quite attached to them. Many drank water with our pet iguana, Chet, who passed away earlier this year. They never stung him sharing his water bowl. They’ve circled around me when I worked in the yard. Some have landed on my arms, shoulders, head & nothing happened. Actually, they made us smile. They were part of our mini-ecosystem in our backyard & we really enjoyed them. So next time you happen to come across a wasp, give them a smile rather than breaking out the bug spray.

Note: I welcome & appreciate any corrections on any of the bite size factoids I’ve mentioned above.