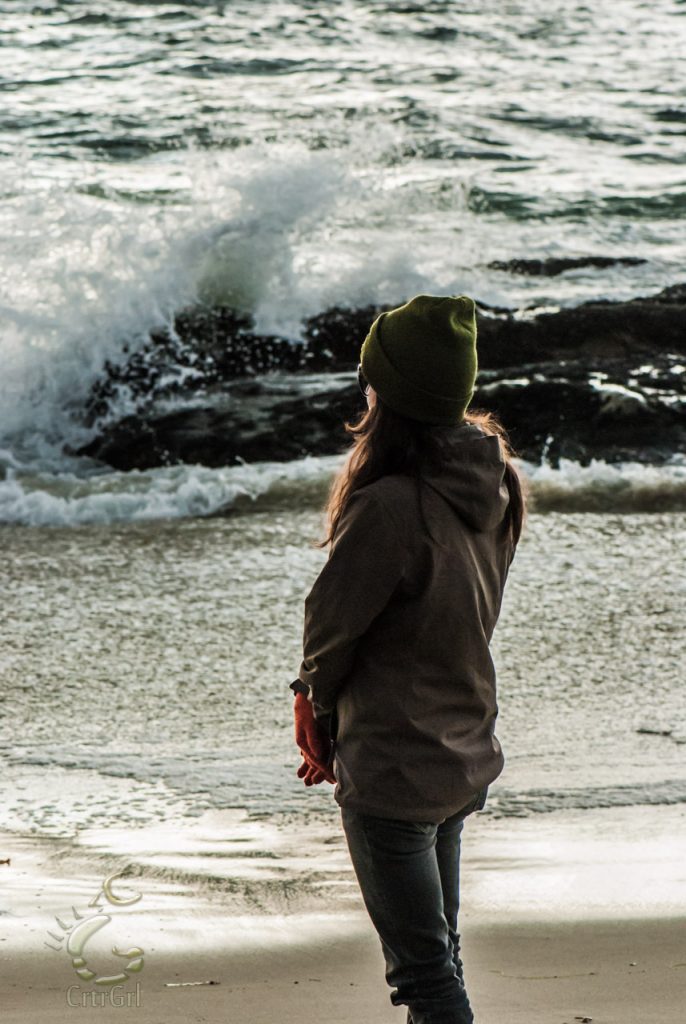 The Beast In Beauty is always so well hidden when it comes to nature & its glorious colors, shapes & precious Crtrs that dress her up so fashionably. Personally, I haven’t met this beast too many times in my life. It showed its face for a peek here & there, but not enough to intimidate me until, one fun day, when I least expected it. Of course, when does the beast in beauty ever make an appointment to meet you? A close to shore, leisure swim with a friend turned out to be the most terrifying experience of my life. I was reminded at how, being human, definitely does NOT make me a superior being. In fact, the experience I’m about to share with you was humbling beyond words. It brought out an intense respect & love for nature & its fury, that I had forgotten having as a child of the forest.

On the morning of Sept. 15, 2014 I picked up my friend, Maryna, for a swim/play in the ocean waves at Moonlight Beach, Encinitas. We’re both self-taught swimmers & have very little experience swimming in ocean waters so we were very conservative when we played in the waves, making sure we were not too far out, always making sure we were touching the bottom. I chose this beach not only because it was close to her home, but I knew there would be lifeguards & other people so we wouldn’t be alone in case of any emergency. Little did we know, we needed that help & met the beast in beauty…

We were having so much fun, laughing, enjoying going under, up & over the waves & swimming when we had calmer waters in between. On one of the waves we jumped, Maryna had twisted her knee, misjudging how close she was to the bottom when landing, so we both made the decision to turn around & swim back to shore which wasn’t far at all. We stayed side by side, until I noticed she was starting to get ahead of me. I was confused & didn’t understand why we separated, so I started to swim a little faster only to be pulled back a bit. Still confused, I chose to wait for a wave to push me toward her. I thought, now I should meet with her, only to be pulled further back. This time, it snapped in my mind, remembering what I read on my scuba manual regarding currents. In this case, I knew I was in a rip current. 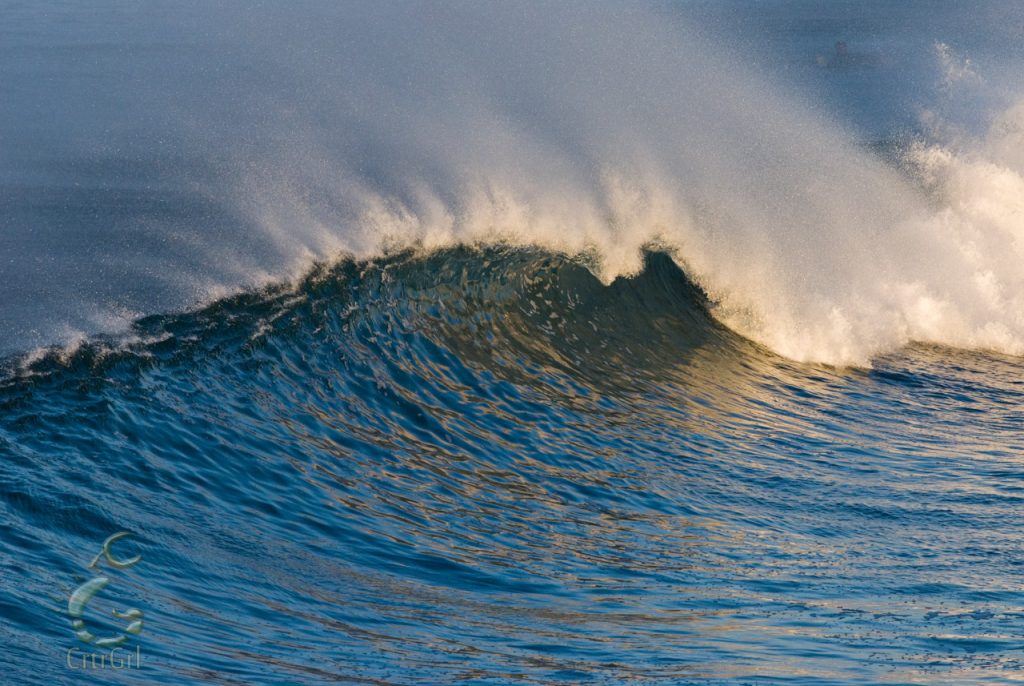 By this time, I’m already tired from trying to catch up to her, but I remembered the right thing to do was to swim parallel to the current. Using Maryna as my focal point, thinking she was on my north instead of east, (she wasn’t). I started to swim, but was pulled back some more & this time larger waves crashing right over me bringing me down. When I came up I knew I was in big trouble because by now my limbs were so tired & my breathing had escalated into panic mode. I tried to calm myself by taking deep breaths, but it was too late. 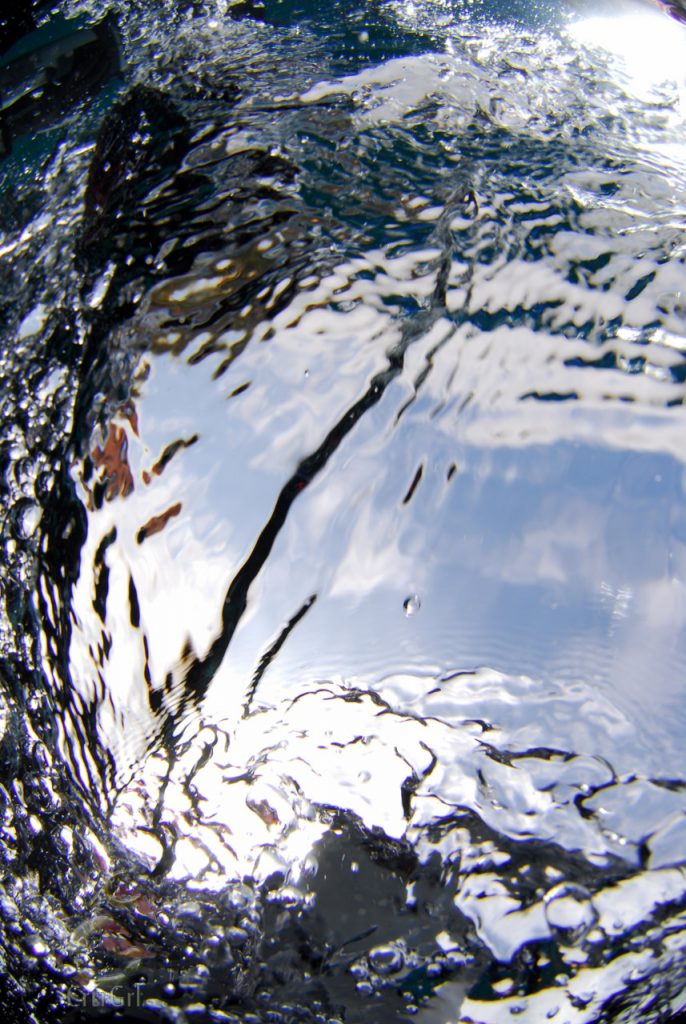 The Heroes of Moonlight Beach – The Beast In Beauty

I’m not sure how, but I felt this great push from the bottom & I was able to get my head just above water. I gasped hard for air & just before another wave came, I saw a man with a wet suit on. I gathered all that I had left in me & screamed “HEEEELP!” Just before I started to go under again I see him swimming so fast toward me & yelling, “A surfer is behind you!” The surfer & the man with the wetsuit grabbed me & with their help, my upper body was placed on top of his surfboard. With both telling me to breathe, I can hear that I was more like hyperventilating. Trying to just say the words thank you over & over & over again. I’m not sure if I even spoke clearly, but I hope they heard those words cause I meant it with all my heart!

The lifeguard swims toward us. I’m beyond exhausted. He wraps a red float around me just under my underarms. As I lay on my back doing a backstroke, as he advised me to do, I did manage to clearly say, “Thank you guys so much!” They smiled, waved & went back to enjoy the waves. At this time, I hear the lifeguard telling me to hang on, because we’re still in the current & I feel it pulling both of us back, but he got it. He got me! He kept pulling on the lead attached to the float. I realize I don’t see Maryna. I’m searching for her in the water, but I can’t find her. As I was about to ask where she is, a wave came over us, but he warned me so I was prepared & held my nose. When it passed I wiped my hair back, looked at his concerned face & I smiled. He was so happy, “Alright! That’s right. You’re ok.”

As the lifeguard advised me to do, I did my best to get up on my feet, because I was so weak. I did stumble a bit. I looked up & was relieved to see Maryna standing on the sand waiting for me. The lifeguard told me to keep my float on while he tells me how to handle a rip current. I listened, but then told him that I had just been scuba certified & learned what to do if caught in a current, but I wasn’t swimming in the right direction, even though I thought I did. I explained that by then I got too tired. He smiled, told me I was ok & returned to the lifeguard tower. 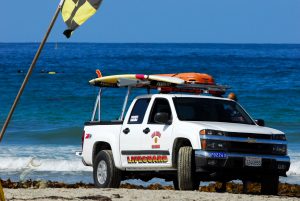 As Maryna & I are holding hands, we sit down on the sand & we both cried a bit. She’s usually not so affectionate with me, but she held onto my arm & kissed my hand. That meant the world to me. I wasn’t alone. I found out that she too was caught in the tail end of the current especially when she tried to swim toward me. She got so weak from trying to get out of it that she gave up & just let the waves crash over her one right after another, barely getting air in between. She managed to spot a couple with those kiddie waist floats around them & yelled for their help. She did see the one lifeguard swim toward me so she knew I would be ok, but she needed help too. The couple held her up to their floats & waited for another lifeguard to grab her & take her in.

The rest of the day for me was dealing with feelings of exhaustion & trauma, as if the whole thing was a real f’n bad dream & physically felt like I had been in a bad car accident. I couldn’t erase the images of the waves that came over me one right after another or being sucked back into the neck of the current further & further in, but most of all, I lost it every now & then thinking of how I reluctantly accepted that I was never going to marry my wonderful Scott. That was the closest to death I ever experienced. I’m telling you, that ocean just reminded me of how insignificant we really are. I always had a strong respect for nature, but it couldn’t have been more sincere as it was that very day & it will be for every day thereafter.

Self Help With My BFF – The Beast In Beauty

Just before Maryna came over the next morning, I had one good, strong cry. It really hit me hard what we had gone through, but we decided, that although we have such a deep respect for the ocean, we have the personalities of overcoming our fears, in this case, our traumatic experience. So we thought we should hit the pool & practice swimming. What happened next was not completely planned in the way we expected. Even though we felt the post effects of our trauma, such as sore throat, weird headache/pressure & minor chest pains, we got in the water.  We cracked some jokes here & there to comfort ourselves & one another. We were really just walking around in the pool, enjoying how refreshing the water felt, but knowing we needed to take things slow. 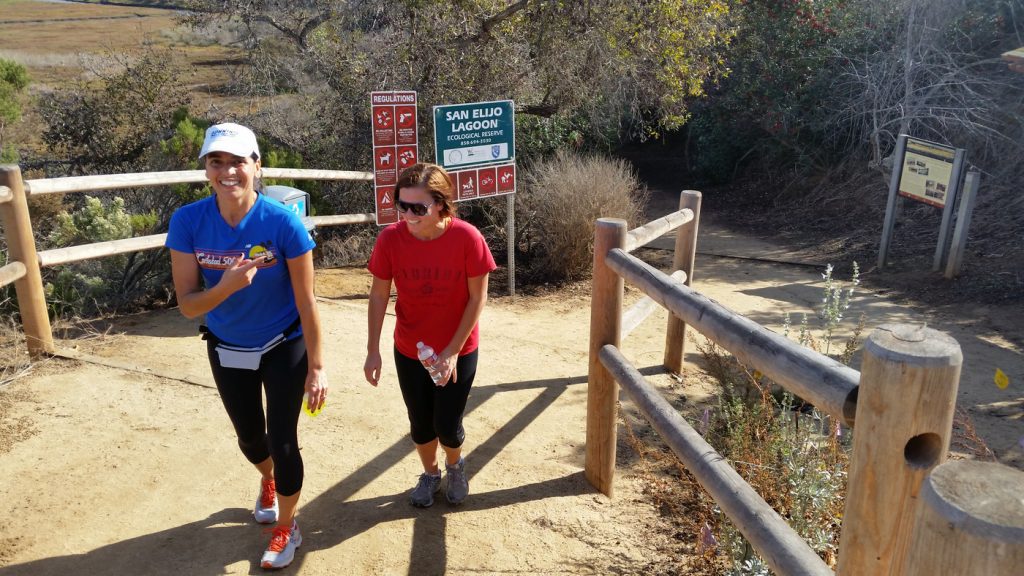 Then, Maryna came up with the idea of reenacting the feeling of drowning, but with the goal to strengthen our bodies. I agreed. We came up with a “workout” of treading water until our legs got tired, plunging under to reenact the waves crashing over us then coming up only to get a second of air then back under. We would do this 4x before swimming as fast as we could to one end of the pool & without rest back to the deep end where we started. We did 3 sets of these. In the process, I can hear us releasing everything we felt in that ocean the day before. I heard her gasping, saying, “Oh the memories”, which I tried to comfort her letting her know I was going through the same thing. For me, it was the sounds of us gasping for air & when I plunged under, due to the speed & repetition, it made sounds similar to the sounds I heard when I was feeling I was sinking, when the waves would crash above me bringing me back to that moment of near-death experience, but we kept on going. We even felt the pains in our chests again from when we hyperventilated. We would yell at each other to, “Keep going!” “Don’t stop!” “We’re ok!” We did 3 more sets after a short break, then we ended it with 4 swimming laps non-stop, with the last lap being our fastest we could get out of us.

Strength & Respect Has Emerged – The Beast In Beauty

We were both huffing & puffing while resting on the wall of the deep end of the pool. I closed my eyes while keeping my head down, while Maryna rested her head turned away from me. We were both quiet & in our own moment. Afterward, we agreed that it was time for our bodies to rest. Little did we know that THIS was exactly what we needed to overcome the negative feelings of trauma we were dealing with. It was crazy, yes, but it was so therapeutic. We got our mental strength back. We’re now ready to continue to work on our swimming skills & do what we can to better understand the ocean so that we don’t get ourselves into that kind of trouble again…well… at least as best as we could. Nature sure is ridiculously beautiful, but every now & then, its beast within will come out to greet you when you least expect it. I forever respect it.